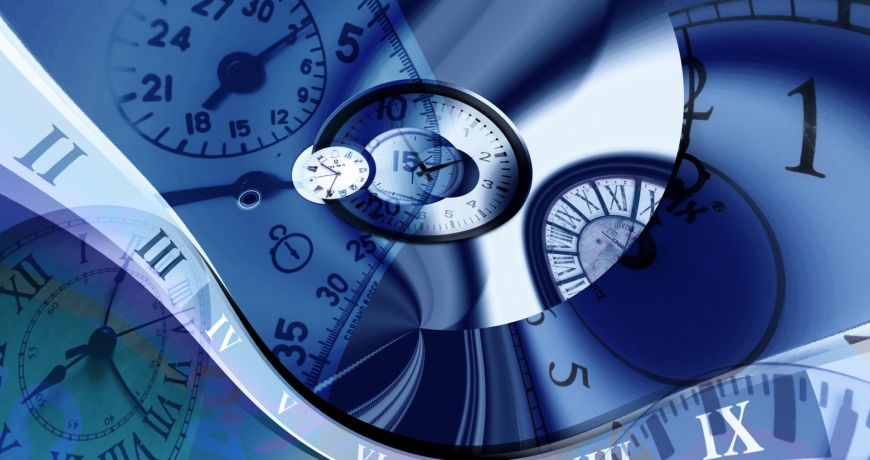 “Time asks no questions.  It just goes on without you.”  ~ From the song “Ya Gotta Be” by Des’ree

There are some things about time that continually challenge me–okay, frustrate me, if I’m honest–as a maker.  First, how am I ever going to find the time to do all the things I want to do?  Second, where does the time go when I’m actually doing those things?  And third, how is it possible that the top I pulled out to sew the other day was cut out THREE YEARS AGO?

One of my favorite podcasts, The Happiness Lab, which I mentioned in a previous post about finding your flow, recently covered the notion of “time affluence.”  I love this concept.  It means feeling like we have enough time to do the things that really matter to us.  They go into the science-y stuff, of course, but the basic idea is that if we can find ways to reduce the amount of time we spend on things we hate or things that don’t matter to us so much, then we can use that extra time to do things we love.

This is way harder than it sounds like it should be.

The first question I asked myself was, “What can I eliminate from my schedule right now?”  Um, nothing?  I live in a two-person household where we both work full time and take care of six animals.  We must eat.  We must keep ourselves, the house and the critters clean.  We must have the supplies to be able to do all those things.  Because I care about having clean underpants, laundry often takes precedence over making wearable art.  This is unfortunate.

However, I also thought hard about the dinner thing.  You all probably know exactly what I’m talking about.  It’s the battle every single evening of “what’s for dinner?”  Ugh.  It’s my absolute least favorite part of the day.  I’d rather scoop dog poop than spend an hour making dinner.  What a waste of time.

Wait a minute…waste of time?

AHA!  There it was—that’s where I figured out I could develop some time affluence!  I set out to find the best deals on meal kits and prepared meal delivery to solve both the dinner dilemma and the cooking waste of time.  Now I’ll be honest when I say this seemed like a super time-waster at the time because it took hours to research all the companies, prices and products and to read reviews (yes, I sometimes make decisions based on other people’s opinions), but the outcome has been extraordinary.  I settled on a rotating mix of speed meal kit delivery, prepared meal delivery and/or pickup, and grocery pickup to fill in the gaps, and guess what—making dinner now takes less than 20 minutes and I can use that extra time to set another ice dye, stitch a couple of seams, or stuff a freshly made teddy bear.  Now, instead of spending more than an hour a week at the grocery store and 45 minutes to an hour every evening cooking, it’s 15 minutes a week to place orders and ta-da!  I’ve gained back a solid 4.5 hours a week by my calculations, with even more time if it’s a prepared meal night because those take 3 minutes in the microwave.  I’m thrilled to have this time back!

But what happens to this newly found time when I’m in a state of flow?  That’s when the time runs away.  I forget to eat.  I forget to take a break.  I forget about everything except what I’m working on.  I don’t know what time it is and I don’t care.  Again, this is unfortunate, because how often do we have the luxury of not checking the clock and not having to adult?  Practically never, most likely.  Again, this is unfortunate.

This begs the question of what else can I shirk, squeeze, shorten, shrink, shortcut or otherwise squelch to get bigger chunks of time, not just extra minutes every evening while my microwave does the cooking?  And how can I put those chunks of time to more effective use?

My mind immediately went to manufacturing.

Full disclosure, I know enough about commercial manufacturing to be dangerous, but I do know this:  it uses methods of economy.  Manufacturers figure out how to do the most in the least amount of time for the highest gain.  Some might argue that this can lead to shortcuts and shady practices, and you won’t find me disagreeing.  But something I’m aware that most large-scale clothing manufacturers do is batch cut, meaning they layer fabric and cut the same pieces as a stack so they end up with multiple pieces in the same amount of time it takes to cut one piece.  I don’t necessarily want 40 of the same top, but I also know that once my cutting table is clean and I’m in the cutting mood, I’m not going to stop with one garment, so I’ve figured out how to batch my projects.

In my own context, batching means I prep fabric and patterns in a chunk of time.  Then I lay out and cut multiple projects in one chunk of time.  I stitch projects in another chunk of time.  I finish projects in yet a different chunk of time.  I typically base what I make on what colors my fabrics are and what colors of thread I currently have in my sergers.  For instance, it’s way easier to cut out several dark colored garments and shoot them all through the serger with black thread than it is to rethread the serger to stitch a mere four or six seams at a time on, say, something black, then something white, then something pink, and then something blue.  The same is true for the sewing machine, and for maximum efficiency, I wind multiple bobbins of colors I use regularly.  (Tip:  I wind bobbins when I have five minutes here or there so I can use the more major amounts of time for construction.)

I also tend to piggyback (sometimes also called daisy chain) similar seams, such as all the shoulder seams first, then sleeves, then side seams, etc.  Piggybacking or daisy chaining is a method of stitching the seam, leaving the thread attached, and putting another piece through the machine.  The thread is left between seamed pieces until they’ve all been stitched, so your work will look kind of like a banner until you cut all the connecting threads.  You can even do this on a sewing machine after you’ve backstitched the end of a seam by leaving the needle up, barely lifting the presser foot, and pulling both thread tails to start a new seam on the next piece.  This saves a lot of time over stitching one seam, pulling the work out, trimming the thread, stitching another seam, and so on.

By doing prep work in tiny pockets of time here or there, I can use those rare longer amounts of time for major work like laying out and cutting or construction.  I’ve found this to be a much more efficient use of the kind of time that can fly right by.

This brings me to the time that’s already flown by.  And that part above–batch cutting?  Yeah, about that…one of the hazards of following this method is a combination of lacking time at the time and simply not following through.  I will fully admit to having ambitiously cut projects that have now been languishing in my queue for at least three years.  It’s embarrassing, really.  But it does serve as a salient point in this concept of time going on without us.  How easy it is to lose track of a few months that soon become a year and that eventually become three or four years.  Would you believe me if I told you I’ve had a moto jacket that only lacks sleeve hems in my closet for the past, oh, ten years?  Maybe fifteen?  It’s true.  I love the jacket and it was fun to construct, but I guess I never wanted to wear it badly enough to do the hand stitching.  Do I lack follow through?  Sometimes yes.  Did time ever stop to ask me about it?  Nope.  I came across it all these years later when I was looking for something else probably equally antique.

How do we stop this time from just marching past us like a parade?

On one hand, I don’t know if we can.  On the other hand, if you’ve been reading so much buzz about mindfulness and presence and slow making, then those may seem likely candidates for consideration.  I would argue that when we’re in a state of flow, we are fully present, but flow also represents time we don’t recognize is going by because we’re fully present and focused on the task at hand.  Hmm.  It’s a bit of a quandary, isn’t it?

What have your adventures been in saving time, stealing time, losing time, and acknowledging time?  Do you have unfinished relics hidden in the depths of your closets like I do?  If so, I hope we’re both able to laugh about it and realize they are not failures, but rather markers of time that continues to march on without us.

And since time asks no questions, I will pose one more for both thought and action:  what kind of time do you have today for making?