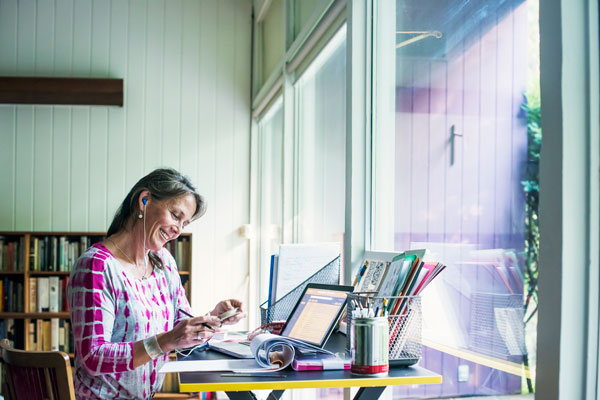 Are You an Artist or a Crafter–or Both?

An artist friend of mine once mentioned she’d been told on several occasions that her weaving is not art.  It’s craft.  Having my own Opinions (yes, with a capital “O”), I rolled my eyes and said something to the effect of, “Well, that’s wrong.  It is art.”  I started wondering, however, if maybe those snooty folks at the local artist guild who said that are right, not in theory, but by how “art” and “craft” are both defined.  This curiosity led me toward some research.

Let me ask you before I continue, fellow makers, would you consider your craft to be art?

And does any of your art include craft?  Do you know the line between the two?  I didn’t, either, so don’t feel bad.  I would argue that all craft has an element of art.  It’s a small thing in the definitions, but it’s a substantial thing in the scheme of why we do what we do as well as why we feel the need to do it.

“Art,” according to Webster’s Dictionary, is a noun that means, “1) the quality, production, expression, or realm, according to aesthetic principles, of what is beautiful, appealing, or of more than ordinary significance; 2) the class of objects subject to aesthetic criteria; works of art collectively, as paintings, sculptures, or drawings:  a museum of art, an art collection.

This seems clear, right?  Well, mostly–there’s one word in this definition that we’ll revisit momentarily.  For simplicity, we’ll say art is based on extraordinary aesthetics and expression.  I think we can all agree on that for the time being.

“Craft,” again according to Webster’s Dictionary, is used as a noun, a verb and an adjective.  I like it already!

The verb definition, when craft is used with an object, is “to make or manufacture (an object or product) with skill and careful attention to detail.”  An example of the verb form is “Laura crafts beautiful home goods and tableware.”

The adjective form of craft also relates to skill and reads, “noting or relating to a food or other product made with special skill, especially manual skill:  craft beer; craft coffee; a line of craft furniture.”

The noun definition of craft is as follows:  1) an art, trade, or occupation requiring special skill, especially manual skill:  the craft of a mason; 2) skill; dexterity:  The silversmith worked with great craft; 3) skill or ability used for bad purposes; cunning; deceit; guile; 4) the members of a trade or profession collectively; a guild.”

The word we see repeated several times in all the above definitions is “skill.”  I am researching this word and will have another post about it in the coming days, but the short version of the definition indicates something learned that requires a level of dexterity, practice and/or aptitude.  In other words, to craft, a person must have at least an iota of skill.

Here’s where the difference between art and craft gets a little hazy and where I have questions.  Craft requires skill, but doesn’t art, also?

And if you go back to the definition of art, it includes the word “production.”   Articles that explore the differences between art and craft (which I will list at the end of this post shortly for your reading pleasure) seem to delineate the two by saying that craft typically results in tangible output and art is an unstructured, boundless form of work.  But doesn’t art result in something that a person can see, hear or somehow experience?  How is that not tangible output?  Even the most cerebral or experiential art exhibit often includes a soundtrack or visual display that would require some sort of video, audio or otherwise digital programming or production.  Those things require skill, so how are they not craft?

By the same token, some discussions have included the notion that art serves strictly aesthetic purposes while craft is decorative or functional.  “Aesthetic” points to beauty in its definition, and I think many of you will agree with me when I say there is a high percentage of art works that no one would ever mistake for beautiful.  I think we can also agree that there are degrees of beauty, but where is the line between decorative and beautiful?  I doubt most of us would intentionally decorate with things we don’t consider beautiful or at least visually pleasing in some way.  And how is art not decorative?  Isn’t art something people use to make their spaces more appealing or more interesting?  That seems like decoration to me.

If I said to any one of you, my maker friends, that what you do has no heart, what would you say to me?  How can someone prove a crafter only makes things, devoid of any emotion or soul?

As for artists, how can someone prove an artist doesn’t use their brain and their hands to produce (there’s that word again) their work?  That would be impossible.  It makes no sense.  A heart can’t think and it doesn’t have thumbs.  As far as I can tell, there’s not yet a way to translate an emotion into an idea that results in, say,  a sculpture without some sort of brain chemistry and physical intervention.

I don’t agree with some of these art versus craft assessments.  The line seems too blurry.

Part of my reason for wanting to explore these differences is to understand why it’s so important to separate art from craft.  I truly don’t think we can.  I believe every crafter makes with their soul and I believe every artist must be able to craft.  If we don’t have it both ways, what’s the point of what we’re doing?

Sure, there will be an ongoing debate among those, like that local guild, who feel the need to have a clear division between crafters and artists for whatever reason.  I, however, am going to continue to reach across the aisle to grab the hands and hearts of other people who are trying to do exactly what I’m trying to do:  live creatively, expressively and honestly.

https://www.craftcouncil.org/magazine/article/craft-seriously-what-does-word-mean (this is a must-read)

The Hall of Honest Skills