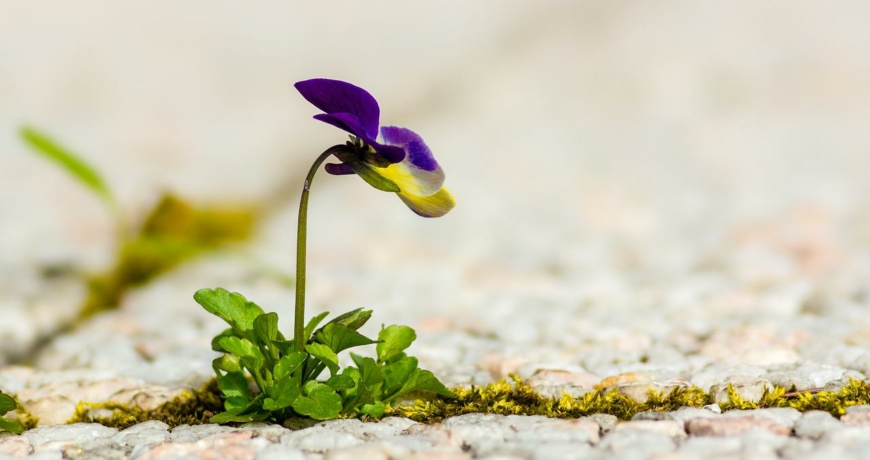 I am compelled to write about adaptation because it’s something I find very challenging.  I’m not terribly good at adapting and often have to be dragged kicking and screaming into any kind of change.  Status quo is safe, even if it’s not always ideal.  Minor changes are annoying.  Unless the universe poleaxes or blindsides me with some kind of unavoidable circumstance, I tend to tiptoe around and avoid newness as much as possible.  This seems odd in some way, given how much I’ve loved acting all my life.  I’ve never had the same role twice, nor have I ever played any two characters the same way.  Isn’t that adapting?  And why is it so much easier to chameleon into someone else’s world than it is to adapt to my own?  This might be ripe for therapy…

Adaptation.  Being able to adapt means you’re able to change your mindset, behavior, or anything else necessary for survival to better suit a situation or environment.  I guess a simpler way to say it is to go with the flow, be part of the water rather than in the water.  I’ll be honest and say that the unknown is too vast for me.  After having been through some things I would go back and change in a heartbeat, I’ve finally accepted that I have no control over anything but my own thoughts.  There’s not an iota of control I can exert over the world or the sun or the moon or life, any more than I can make someone else change.  We all run at our own unique speed and frequency.  What happens at my speed and frequency often includes me reminding myself to get out of my own way, be open to change and see what the universe wants to give me.  That’s downright scary, but nothing good has ever come from me trying to write my own future, so I have to calm the mind monkeys and tell myself everything eventually works out.

I notice this behavior sometimes in the things I make or the way I approach projects.  How have I done this before?  Did it work?  Stick with what works.  Very rarely do I wonder, “What’s a new way to do this?”  I do wonder about better ways to do things, so I suppose that could be considered adaptation.  (It’s not a hopeless case, after all!)  Doing things the same way and making the same things more than once is easy because it’s already in my mind and in my muscles.

To the contrary, I love learning new things.  The process of discovering something that makes my mind expand and wonder and contemplate is extremely gratifying.  Trying something new with my brain and hands and voice pushes me outside my comfort zone.  I’m forced to adapt.  The funny thing is that structured learning isn’t scary to me, but life learning—the wake up every day and make your own way kind of learning—is.  The difference between the two seems to be a sliver of the known, a glimpse of what to expect.

How would that kernel of familiarity present itself as we’re struggling and stretching and shedding and, if you’re like me, wishing we could screech to a halt?  Would we even know it if we saw it?  This might be precisely why most humans thrive on structure.  It’s an established pattern within which we can make minuscule, painless changes.

But then a monster entirely out of our control breaks a wheel off the machine.  Death.  Divorce.  Job loss.  Natural disaster.  Accident.  Illness.  Betrayal.  It’s tough to repair some of those wheels.  Sometimes we have to replace them, and worse yet, sometimes they’re irreparable and irreplaceable.  That kind of adaptation is what I fear most because I’ve been through it more than once and will, beyond a doubt, go through it again at some point.  I’m still here and I’m still standing, but there are cracks I have yet to fill and scars that will never go away.  I guess in some sense that’s the very essence of adaptation…the ability to still get out of bed every morning, breathe in and breathe out, and live through another day.

My mother once told me that if we all had a life playbook in which we could read ahead, she thought no one would sign up for their own life.

This was in response to me wishing aloud I knew what my future would look like.  It turns out she was right.  If I’d been able to read ahead and know what I’d face during all these years, I would have immediately tucked myself under the bed and never come back out.  Mine has not been an easy trip.  No one else’s has, either, and if you think you’ve never experienced a life-changing problem, you will eventually.  It’s inevitable.

Unfortunately, there are folks in the world who decide they simply can’t adapt.  They can’t face getting up every morning and breathing in and out and living through another day.  These are the ones who can’t face what they’ll encounter next from that playbook and cut their own lives short.  I know.  My 13-year old niece took her own life.  Two of my closest college friend’s fathers took their own lives.  My stepfather’s grandson took his own life.  My brother once made attempts.  It breaks my heart to think they were more terrified of life than even I am, and it makes me wonder what might have happened if someone, anyone, had squeezed them hard and said on a regular basis, “Everything changes.  It will not always be like this.”  We will never know, but it gives me impetus to continue fighting my way through.

There’s hope, though, for my scared self and for all of us.  Humans are infinitely adaptable creatures.  Our brains, hearts and hands are capable of things we cannot begin to fathom.  We have no idea what else is possible because we haven’t done it yet.  But we will.  That’s the balm.  That’s what drives us, yea forces us, to process what happens around us, and to us, and to manage how we react to it and assimilate it.  Some of it is really yucky.  Some of it is so lovely we want to repeat it forever and ever.  Most of it is somewhere in between.

My point in all this, as much as I’m encouraging myself, is to open up a conversation and gently remind us all that we each have a story, and it’s not going to be filled with all good things all the time.  We’re all living life and struggling and adapting at every moment of every day.  I don’t know if someone else can truly help us adapt or if that’s a wholly solo endeavor, but I do know it helps immensely to have other people who understand that we’re all trying very hard.

If you or someone you know is going through life adaptation right now, know that I and an army of people out here GET IT.  We’re here for you and with you.  You are here for a reason.  If that’s not enough, please be brave enough to ask for help.  This world needs you.